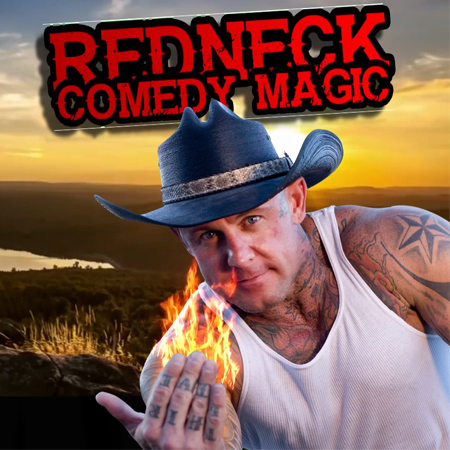 James Michael has taken the suave and sophistication out of your typical Las Vegas magician, and brought it back to its roots, with boots, booze, and bad words.

James Michael is a magician/comedian, tattoo artist, fitness model and professional drinking buddy. He is known for his mastery of the unknown and deft sleight of hands, Michael puts on a unique hilarious magic show. He has performed on, TV, cruise ships, corporates, birthday parties, restaurants, UFOs, prisons, strip clubs, hospitals, fairs and yes, even a Chucky Cheese in Southaven, Mississippi.